For the Life of the World

Yes, we are opened for worship.

All our parishioners have been vaccinated.
If you have not been vaccinated or completely recovered, please bring a mask.
Sunday Services at 8:00 AM and 10:00 AM.

​Trinity Anglican Church is standing confidently in the face of monumental social change. We understand that many of the issues before us are complicated and that they require as much intelligence as compassion, as much courage as conviction, as much virtue as vitality.
When it is difficult sorting opinion from the truth, it is important to find an authoritative place to stand. We hold the Faith as it has been believed and practiced by the greatest number of Christians in all places and across time. We read the scriptures with the early church as well as the Reformation, worship according the ways the Church has most universally worshipped, and hold the catholic creeds without qualifications.
We offer a fortified position and rallying point for all those who are looking for a Faith worth defending. The true flame of authentic Christian Faith and spirituality burns here, hidden in ancient patterns of worship and devotion, nurtured by authentic love for all who abandon themselves to Christ. Come stand with us!
"If the world has not approached its end, it has reached a major watershed in history, equal in importance to the turn from the Middle Ages to the Renaissance. It will demand from us a spiritual blaze; we shall have to rise to a new height of vision, to a new level of life, where our physical nature will not be cursed , as in the Middle Ages, but even more importantly, our spiritual being will not be trampled upon, as in the Modern Era. This ascension is similar to climbing onto the next anthropological stage. No one on earth has any other way left but — upward."
​Alexander Solzhenitsyn, A World Split Apart, Harvard, 1978 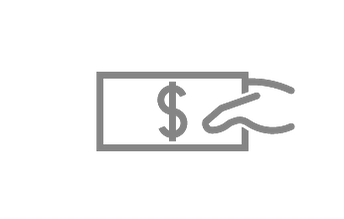 ​Trinity at a glance:

With a heavy emphasis on Prayer and Mission, we offer a genuine community committed to Jesus for the sake of the world. For us this means Reboot Combat Recovery for our veterans, and Deep Recovery Course for those struggling with life-controlling issues. This commitment is reflected in our Thrift Store in the thousands of pounds of clothing we give away, it is in the meals we prepare for the needy and more!  We are a Parish on Purpose!
New? Check out our Visitor page.

What we think is important;

We Believe that the Christian church and our society are at a cross-roads, so:
We believe that we need to recover a sense of beauty, majesty and the sacred in worship. We need a church culture that inspires and elevates, that reconnects our lives to the Mysterium Tremendum (the "Great Mystery" that is God Almighty).
We believe that we need to recover “spiritual formation” and the classical virtues like chastity, temperance, courage, charity, and humility. This is an intentional process and requires a rule of life that includes worship, spiritual direction, and a habit of prayer.
We believe that science and religion are not opposed to one another, but that a robust understanding of the Christian faith can stand up to scrutiny and that science without religion has no guiding ethics.
We believe that the Church is called to be a sign of contradiction (as Christ was) in our society, As our society moves further from God we are not to chase it or conform to it, we are to maintain a Biblical witness and historic worship as a witness to the truth.
We believe that the Church is important, and that you can't be "spiritual" without being religious. In other words, you can't be truly spiritual without practicing spiritual disciplines and living out your faith within the context of the believing fellowship, the sacraments, and the world.
We believe that the Kingdom of God transcends political party. The Christian faith ought to "trouble" conservatives and progressives, republicans and democrats. When we place the gospel before our politics or ideologies we can truly be a prophetic voice to the world.
We believe that we are called to love all people and serve them, not judge them.  This love accepts people as they are, preaches the gospel of "repentance and faith in the son of God", and then trusts the Holy Spirit to change people more and more into the image of Christ. ​​